In the shadow of the more noble San Gimignano and Monteriggioni, is the city of Colle Val d’Elsa. Already known for the passage of the Via Francigena, Colle Val d’Elsa has an ancient heart but with its feet in the future. Dynamic and sparkling, the city of Colle has managed to preserve the characteristics of its medieval and Renaissance past, crystallized in the tower-houses still visible today in all their beauty and in some palaces and stately buildings, but always with an eye to the future. Placed as a knight of the Elsa river, the city of Colle is divided into two parts that coexist in urban and social harmony. A higher one built on a clay spur, the oldest and most passionate and a lower, more modern one, where life teems with frenetic architecture and contemporary works of art. Also known as the Bohemia of Italy, the city of Colle still shows its glorious tradition in glassmaking today. A vocation that began in the Middle Ages and never faded, so much so that it hosted the first museum entirely dedicated to crystal. A curious city waiting to be discovered that knows how to alternate breathtaking landscapes with modern architecture, silent alleys and intimate squares with the typical nightlife of the city between lounge bars and gourmet restaurants. Charming and romantic, modern and extravagant, the city of Colle Val d’Elsa is certainly a must for anyone who is between Siena and Florence.

The city of Colle Val d’Elsa is now visibly separated into two distinct settlements that already tell a lot of its history. An upper part, the oldest, where the first settlements of the Castle and the Borgo arose and a lower part, recognized as the Piano, the most modern and where the industrial soul of the city developed.
For a day visit, it is advisable to start from the upper part of Colle, and then reach the lower one. A good start could be starting from Porta Volterrana, a small fortress built in the late 1400s with the contribution of the major military architects of the time. This section of the walls is enclosed by two majestic circular towers, from which you can enjoy an exceptional panoramic view. Today the seat of our Porta Nuova restaurant and where all hotel guests are allowed to visit the towers. Passing through Porta Nuova, or Volterrana and leaving the two towers behind, you immediately enter the historic heart of the upper part of Colle, the ancient village of Santa Caterina (11th-12th century). From Piazza Santa Caterina, where the church of the same name is located, walk along a street called of Love between imposing buildings and noble palaces. Continuing on Via del Campana, where we also find the Hotel Palazzo Renieri, we reach Palazzo Campana, one of the most important Renaissance buildings present and which connects the Borgo to the Castle. Going up via del Castello you can be kidnapped by the past, silence dominates and the view of the suggestive and characteristic tower-houses amplify the magic. The street ends in the elegant Piazza Duomo, surrounded by the Palazzo del Podestà, with the facade decorated with the coats of arms of the Podestà, the Cathedral and the Palazzo dei Priori. Also in the upper part of Colle you can also visit the precious archaeological collections of the Ranuccio Bianchi Bandinelli Museum and the former Conservatory of San Pietro designed by Giorgio Vasari and which now houses the Museum of San Pietro.
In the lower part of Colle, which can also be reached by a lift located on the rampart, is the most modern and frenetic face of this city. Squares, monuments, works of contemporary art and former factories redeveloped into new urban spaces, the lower part of Colle offers this and much more. Certainly worth a visit is the Church of Sant’Agostino, one of the oldest and most evocative buildings on the Colle Bassa. Do not miss the Crystal Museum, set up in an underground space, where you can learn about the tradition and innovation of glass processing before and of crystal today, the real flagship of the supply chains that arose in Colle centuries ago and have come down to our days.
It is difficult to visit the city in a single day, the heritage is a lot and the advice given above is just a taste of what you can find in this extraordinary land. 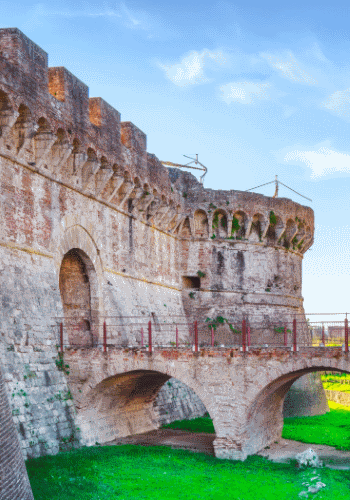 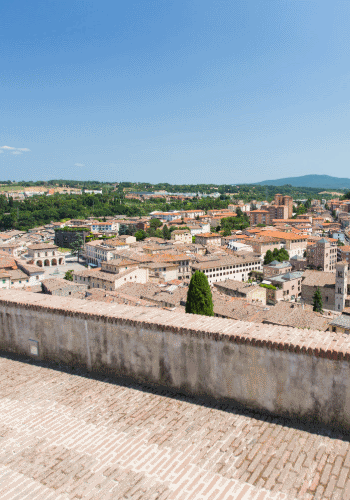 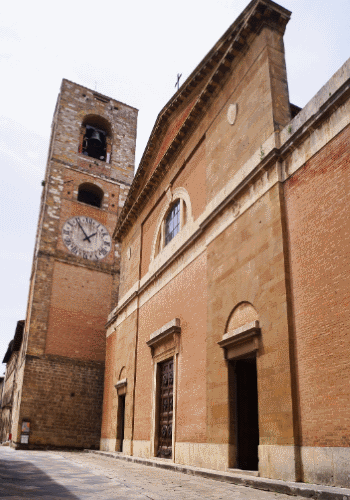 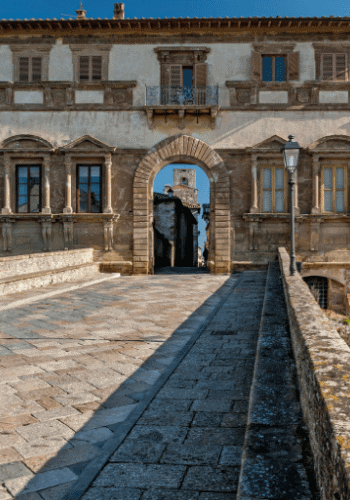 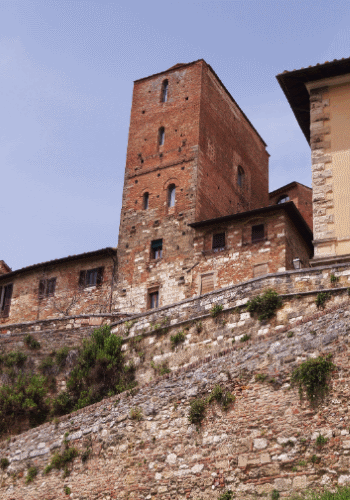 There are three major museum exhibition spaces in the city of Colle Val d’Elsa: the Museum of San Pietro, the Ranuccio Bianchi Banditelli Archaeological Museum and the Crystal Museum.
The first is housed in the former Conservatory of San Pietro and contains 4 different collections: the Civic and Diocesan Museum of Sacred Art, the Collection of the Conservatory of San Pietro, the Romano Bilenchi Collection and the Walter Fusi Collection. A real museum narrative divided into sections on 2,000 square meters of spaces that host more than 200 works on display. The museum contains a portion of the artistic production in Vald’Elsa from the sixth to the twentieth century, ranging from early medieval manufactures to altarpieces, passing through crucifixes, sculptures up to the most recent Macchiaioli paintings.
The second is located inside the fourteenth-century Palazzo del Podestà, in Piazza Duomo and is the “Ranuccio Bianchi Bandinelli” Archaeological Museum. It occupies the entire three floors of the building and the exhibition consists of a first nucleus where the civic Antiquarium is located, with finds from the archaeological collection of Countess Marinella Terrosi Vagnoli, among the most important of the late nineteenth and early twentieth centuries. Here is also preserved one of the most important hypogea of northern Etruria (4th – 1st century BC), the tomb of the Calisna Sepu. One of the first scholars to deal with this particular tomb was the Sienese Ranuccio Bianchi Bandinelli, to whom the museum is dedicated, full of other tomb complexes, finds and reconstructions that place it among the most prestigious in the province of Siena.
The Crystal Museum is certainly the most characteristic and suggestive present in Colle. The location already transmits the first suggestions. The museum is in fact set up in an underground space adjacent to the historic glass and glass factory Schmidt, built in the nineteenth century. The museum, a real glittering pearl in the international panorama of the sector, traces the history, the technology used and the progress of the future on a process that arose in Colle many centuries ago. Pre-industrial productions and glass artefacts from the 16th century, alongside old tools and works by famous designers, this and much more awaits you at the Crystal Museum where there is also a section called “experimental” where you can touch cuts, engravings and grindstones … but only for the most curious! 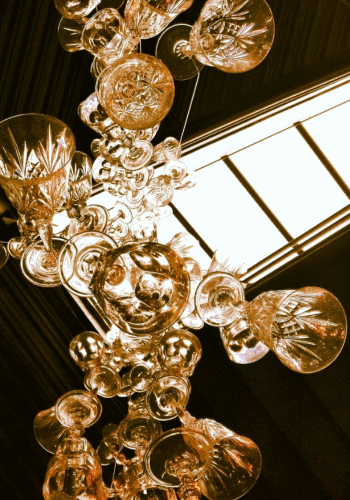 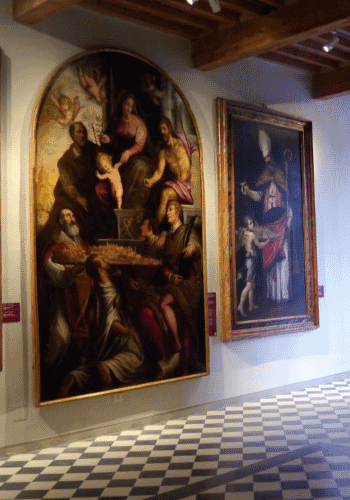 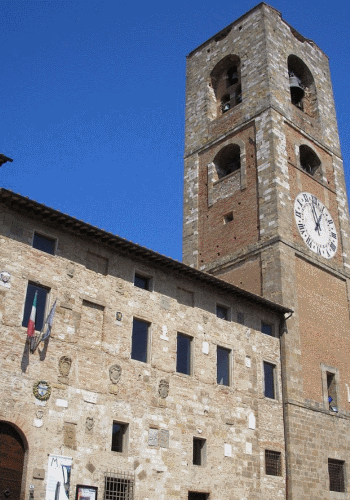 Nature lovers will be able to appreciate all the beauties that this corner of Tuscany is able to offer at different times of the year. Among the most sought after destinations by national and foreign tourists there is certainly Sentierelsa, an equipped path of about 4 km immersed in a protected area alongside the Elsa River. Secluded and suggestive, the route alternates spectacular waterfalls, set between rocky walls, unique caves with animal shapes and Tibetan-style wooden walkways over the river. The path, where there are also spaces for picnics and stops, crosses a protected area where there are unique flora-botanical species and a diverse fish fauna.

Cycle path – Located on an old railway line between Colle Val d’Elsa and Poggibonsi, abandoned for more than thirty years and part of a restoration project, today it is one of the most popular cycle-pedestrian paths in the summer of the whole Val of Elsa. The natural and rural scenarios that can be observed crossing the 6 kilometers of road certainly deserve the effort. The route is also included in the regional network of cycle-tourist routes.

For the healthiest and lovers of natural thermalism, in the locality of Gracciano, near Colle, there are the baths of Le Caldane. Already known by the Etruscans and Romans for their therapeutic properties, these waters contained by small and large pools immersed in the green of the countryside, every year welcome thousands of tourists who do not want to give up that warm temperature wrapped in a unique natural context. 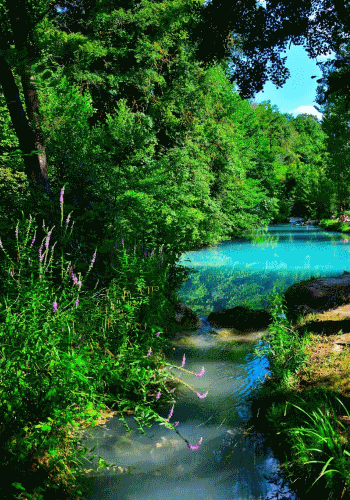 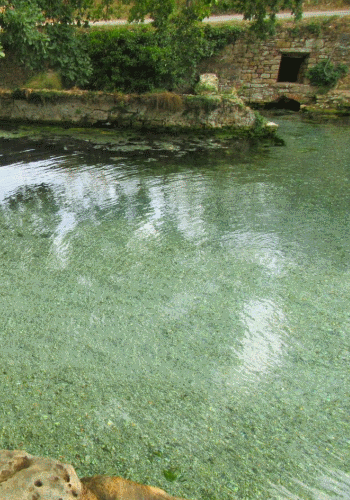 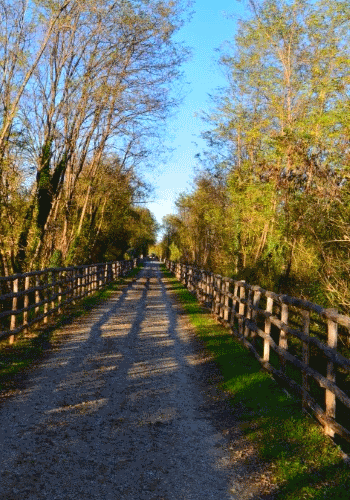